Due to the University closure, most Student Affairs offices and buildings are closed on January 17, 2022. Before visiting, please confirm offices are operating. Virtual appointments and events may still be held. For information on specific buildings and services, please visit our campus closure information page.

About Stand for State

With the goal of transforming the university’s culture to one where people step in when it counts to create a safer and more inclusive campus for all, 36% of the 47,000 students at University Park are able to articulate steps to intervene in risky situations and 56% of students recognize Stand for State. These students are statistically more likely to recognize that bias, sexual assault, and relationship violence are problems and are more confident they can impact change around these issues than students not exposed to the initiative.

Stand for State programming is provided at the 23 commonwealth campuses of Penn State, including World Campus. Since launching in January 2016, below is a snapshot of the reach thus far:

Harm happens all too often. Our mission is to equip students to take action proactively and reactively. In the critical moments, students can direct, distract, and delegate. And before anything even happens, students can step in and learn, talk with friends, and change the culture. When students step in, they change what it means to be part of Penn State.

Vision: The World We Want to See

We want a Penn State where we look out for each other. Where lives aren’t defined by violence and marginalization. Where we can ask for help and where people volunteer help. Where people feel like their community has their back because they’ve seen it in action. We want a Penn State where people think twice about their decisions because hurting someone is a reputation they can’t afford. Where doing something like asking a clarifying question about intent or redirecting a moment is more common than looking the other way.

Stand for State was launched in 2016 to introduce bystander intervention training to the Penn State Community.

Our vision is to create a culture shift where Penn State is both safe and equitable for all students. The goal is to see students take action in all parts of their life, both as individuals and as citizens of their peer groups, communities, and geographies.

We do this in three ways:

Stand for State originally began as a Green Dot campus program in 2016, an educational program founded at the University of Kentucky. We owe much of our pedagogy and philosophy to that groundbreaking program. In 2017, we evolved the Stand for State initiative to best reach Penn State students.

All That We Are

All That We Are was an experiential activity hosted across all Penn State campuses in 2018 by Stand for State and other offices in Student Affairs. Based on the viral video from TV Denmark entitled, All That We Share, it was a way for Penn State students, faculty, and staff to explore what connects us beyond our differences. 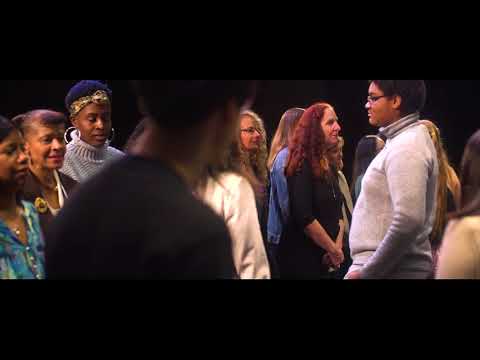 For class projects, contact Stand for State at least three weeks before the end of the semester.

Requests for interviews for established media outlets (on campus and state/national media) are given priority over requests for interviews for class projects and assignments. All media requests, when possible, should be made with at least ONE week's advance notice. All requests for class project/assignment interviews must be made with at least TWO weeks advance notice, and no interviews for this purpose will be done during finals week.  Please do NOT send requests to multiple staff persons at Stand for State. All requests must come via the program email, standforstate@psu.edu.   It is strongly recommended that individuals review the Stand for State website BEFORE making a request as many answers to frequently asked questions may be found there.

We Care. We Act. We Are.
Request A Program
Take Action With the 4Ds
Four Topics & Resources
Contact