Student Affairs offices are operating both in-person and remotely. Visit individual department pages for services and contact information, and the event calendar for a full list of events. Additionally, our returning to campus guide provides information about campus life, COVID-19 Support, and other vital student services.

The House That Students Built

In 1972, Penn State University officially established a cultural center as a unit on the University Park campus. Prior to 1972, the Black Cultural Center was a student-run enterprise, located within the Walnut Building on campus. The institutional supported Black Cultural Center was created to "help alleviate the cultural shock of Black students...who were coming to what was perceived as an alien environment." The center was created to provide cultural, educational and social support for Black students. It was also expected to provide a place for "building bridges to understanding."

The students, faculty, and staff chose to name the center after Paul Robeson, a man whose achievements, dedication and commitment in the areas of intellectual development, physical excellence, humanitarian spirit and artistic accomplishments were to serve as a model for all college students. In 1986, the Walnut was remodeled, rededicated and renamed to the Paul Robeson Cultural Center. In 1999, the Robeson Center moved into a new building as a partner in the HUB-Robeson Center complex. This new construction added more space and new facilities to the Robeson Center and today stands as a model for cultural centers on university campuses.

In keeping with the center's historic legacy, the Paul Robeson Cultural Center's primary mission is to emphasize the diversity of the historic, current and future roles of African American culture, reflecting the way in which this diversity intersects, overlaps, and complements the cultures of Latino, African, Asian/Pacific Islander/Desi American, Caribbean, European, and the Indigenous peoples of North America. The programs, exhibits, displays, publications, literature, and activities of the Paul Robeson Cultural Center instill and reinforce concepts like respect, acceptance, understanding, social and cultural competency, responsibility, civility, meaningful relationships, and the appreciation of the many individuals, cultures and communities which comprise the student, faculty, staff, and community population of University Park and State College.

A Legacy of Art, Leadership and Social Justice
Paul Robeson (1898-1976), the man for whom the center is named, is considered by many to have been one of the most brilliant figures of his time.

The son of a former slave, Robeson was born April 9, 1898, in Princeton, New Jersey. He won a scholarship to Rutgers University, where he was elected Phi Beta Kappa and was valedictorian of his class. He also achieved All-American honors in football and excelled in baseball, basketball, and track.

After graduation, Robeson earned a law degree from Columbia University. But it was in the theatre, as an actor and singer, that Robeson made his mark on the world.

Refusing to be satisfied with personal wealth and fame, Robeson became a fearless advocate for the civil rights of his fellow African Americans and for the human rights of all the world's peoples. Throughout his life, he fought for racial equality and worldwide human understanding. 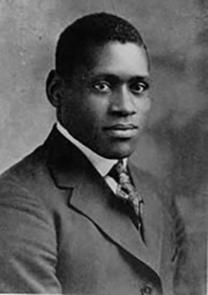