It can feel overwhelming to plan a healthy, well-balanced meal with limited financial resources. We're here to support you as you navigate meal planning, shopping, and meal preparation, maybe for the first time. The information and resources on this page provide a great starting point for eating well on a budget.

Free Nutrition Clinic
Students can learn how to design a nutritious meal plan within limited financial resources from a registered dietician through our Nutrition Clinic.

When stocking your pantry, focus on covering the basic food groups: fruits and vegetables, dairy, protein, and grains.

Tips and Strategies for Healthy Food Shopping on a Budget

Sugar is added to many foods. Check the ingredient list to determine which types of sugar are included.

Be a smart shopper

Use coupons and shop for bargains

Get a store reward card 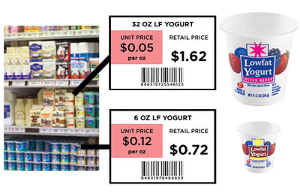 Plan before you go

Aim for a Variety of Fruits and Vegetables

Fruits and vegetables are at their lowest price when they are in season.

Building Confidence in the Kitchen

Sauté = to fry on the stovetop using oil

Simmer = maintain at a temperature just below boiling; usually refers to liquids

Searing = when the surface of the food is cooked at a high temperature, it forms a browned crust

Chop = general term for cutting food into bite-sized pieces; usually ¼ of an inch

Season to taste = adding just enough of an ingredient that it’s to your liking; there’s no measured amount

Steam = a process of cooking food that places the food over boiling water, but not in the water

Bake = place in the oven and cook using dry heat

Yield = how much the recipe makes

Serving Size = how much 1 person will be served

Ingredients = the items that are needed to make the food

Tip: Read the entire recipe and list of ingredients before attempting to cook

A French term, culinary meaning "Everything in one place"

Tips to create Mise En Place in your kitchen:

The temperature danger zone for food is between 40°F and 140 °F. When food is within this temperature range, bacteria grow most rapidly.

Food can be defrosted in a refrigerator, under cold running water, or in the microwave on defrost mode. Food should be thawed in cold water because it allows the food to defrost completely and inhibits bacterial growth.

Additionally, food can be thawed as part of the cooking process. Do not thaw food, including vegetables, on the counter as this allows for rapid bacterial growth. Most vegetables can be cooked from frozen.

How to Freeze Leftovers

Use shallow containers or freezer bags which help the food get to a safe temperature more quickly once in the freezer. For more information on freezing food safely, visit U.S. Department Of Agriculture Food Safety and Inspection Service.

Cook foods to the proper temperature. The best way to ensure your food is cooked to the correct temperature is to use a kitchen thermometer. For more information on cooking temperatures, visit foodsafety.gov.

For information on how to safely cook meat, visit the Safe Food website.