Still Here ​explores stories of migration, displacement, and survival in films by eight artists that represent a spectrum of the African Diaspora. The works in this exhibition use moving images as conduit to​ ​highlight the rituals and traditions that persevere and evolve, despite the oppressive historical ripple effects of colonialism and the Transatlantic Slave Trade. Through practices and tools of survival such as migrating, defending, dancing, gathering, praying, and claiming agency over one’s body, the works in this exhibition demonstrate that black and brown bodies are not here for consumption of the white gaze, nor are they passive beings upon whom actions are done or inflicted. Instead, the film’s subjects investigate and enact strategies to deeply connect with parts of their personal and collective narratives that have been overlooked or erased by dominant Eurocentric historical accounts.

Curated by Larry Ossei-Mensah, Dexter Wimberly and Kiara Ventura, Still Here was originally organized at the Museum of the African Diaspora, San Francisco from May 8 through August 11, 2019.

HUB-Robeson Center has commissioned a site-specific wall painting located in the first floor eateries by artist Katherine Tzu-Lan Mann. Titled, Small Planet, the walls of the HUB Robeson site are taken over by lush, floating vegetation. The piece will be created on location by combining pour painting on vinyl, wallpaper, and Yupo paper with delicate mural painting directly on the wall. The combination of stain-like, gestural pours and controlled drawings of flora endemic to Pennsylvania create an incongruous, vibrant porthole into what appears to be another planet--but a planet created through documentation of vegetation that are often considered to be local weeds. The piece extends along corners and into adjacent walls, furthering the sense of a fantastic, immersive other world created through accumulation of the most mundane ingredients.

A wall drawing in several acts, Tegeder’s work at Penn State expands on her ever-evolving exploration of the systems around us. The first act of the wall drawing, for the HUB-Robeson Center, will chart the marks and symbols reflected in her past 20 years of painting practice. Inspired by steamfitter's drawings, flight routes, and electrical networks, her works map points of connectivity visible and invisible while building imagined spaces or plans for futuristic environments. In its second act, the chart of marks transforms into an imagined new system, enveloping the Woskob Family Gallery inside the Penn State Downtown Theatre Center in its unique visual language.

Ghosts is  an exhibition of works selected from the Ceramics Area’s collection of bisqueware, known as the Bisque Library. Bisquewareis clay that has been kiln fired once and has no chemically bonded water remaining in it. Clay can be fired a second time at a higher temperature for a glaze, or glass surface, that is often referred to as “finished.”Ghostsare a colloquial way to reference ceramics made during demonstrations and workshops that were never intended to be finished. Instead, they were made as an instructional tool to show students and publics the “how to” side of the artist’s practice. This exhibition is an invitation to explore the variety of forms and numerous approaches to handling clay. Notably, none of the artists are identified- the origins of these works may only be known by the maker themselves, or in the memory of a workshop attendee. As a library for the Ceramics Area, the pots are typically kept in open, available spaces for learners to interact with.

Interview with the Artist

During Tegeder's install of Cosmologies, our exhibition interns led an interview with the artist and produced a video to get to know Dannielle's work and exhibition. Dannielle speaks about her work, NYC studio and undergrad education. Cosmologies will be on view through March 3 in Art Alley. 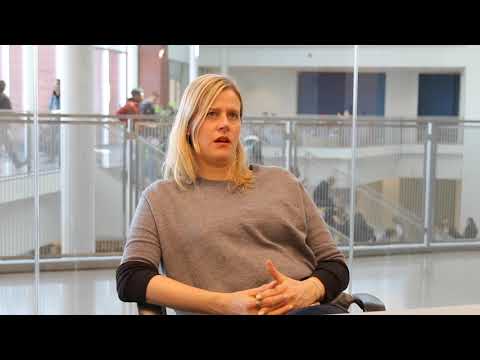 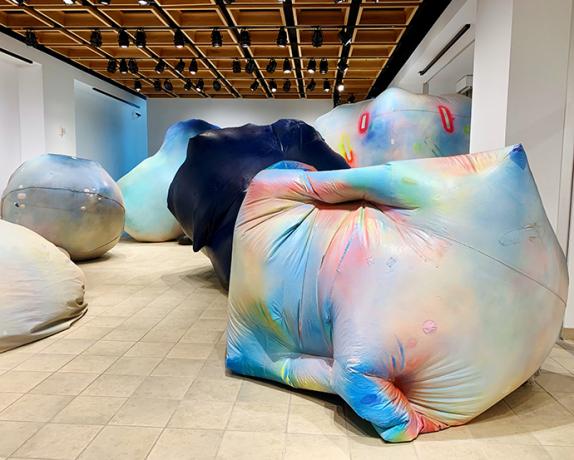