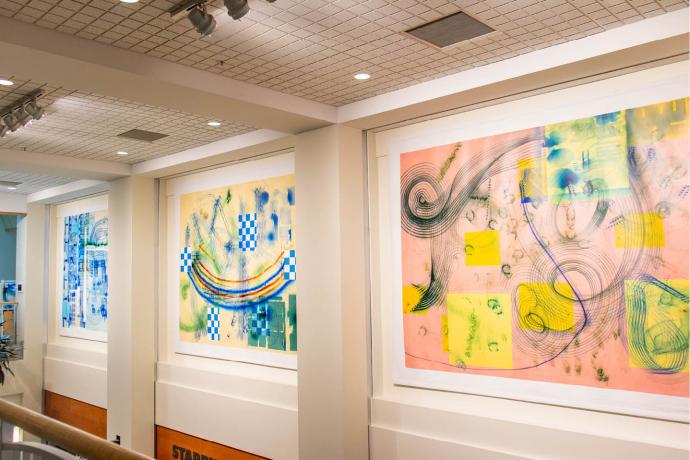 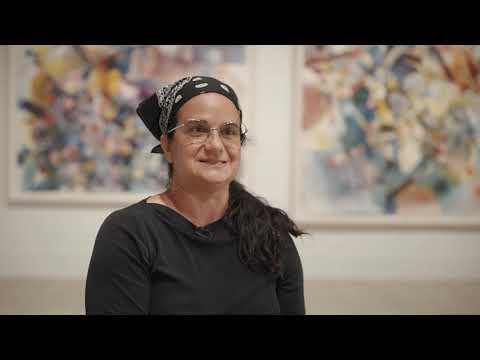 The HUB-Robeson Galleries are proud to present three murals by artist Rosemarie Fiore in celebration of the 20th anniversary of the Center for Sexual and Gender Diversity. On view in the HUB-Robeson Center the murals, titled Smoke Painting #50, Smoke Painting #51, Smoke Painting #52 (from left to right) will serve as an inspiration, remembrance, and celebration of being you and making your own mark at Penn State. Created during a live performance on the HUB Lawn, they will be on view for three years. A video documenting the smoke painting, and tools used in the performances made by students accompany the murals.

This project is supported by an award from the National Endowment for the Arts and the Penn State Strategic Seed Grant Initiative. Additional support from Penn State Student Affairs, the HUB-Robeson Center, and the Jeffrey A. Conrad Center for Sexual and Gender Diversity. 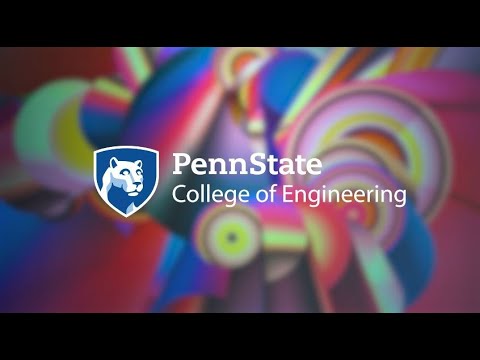 Sean Capone, an artist working in digital animation, projection installation, and moving-image based public art, has created a series of dynamic animations for projection inside the Bayard D. Kunkle Activities Center on the Penn State University Park campus. The installation, entitled The Whirling World, is the result of a partnership between the Penn State College of Engineering and the Campus Arts Initiative, which is a Penn State Strategic Seed Grant Initiative.

Previous work by Capone, who is based in Brooklyn, New York, has been commissioned and presented at events and exhibitions at the SCAD Museum of Art, the MoMA, the Brooklyn Museum, the Museum of Art & Design, SFMoMA, the Museum of Biblical Art, and 150 Media Stream, and in screenings at Supernova Festival, the Visual Studies Workshop, and the National Gallery. Capone’s animations will be on display throughout 2021 in conjunction with the College of Engineering’s 125th anniversary celebration. 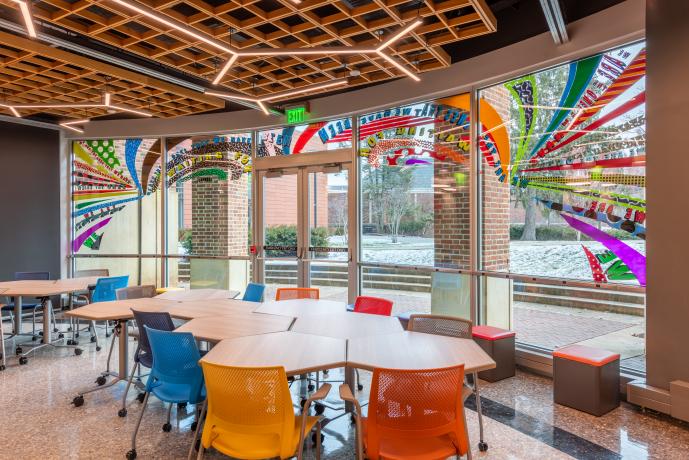 "Something Means Something Else" by Tamara Gayer installed in the Center for Sexual and Gender Diversity. Photo: Amir Aghareb

Tamara Gayer  is known for her colorful, large-scale installations and public projects. She frequently uses pattern, text, and bright colors to communicate the histories of the sites she works in. Gayer’s collaboration with the Center for Sexual and Gender Diversity  (formerly LGBTQA Student Resource Center) explores color and language as seen from the perspective of queer experience. The three-part mural employs the many faces of abstraction (pattern, color, symbol, light) to present the intricacies of the current moment in sexual and gender identity. Taking the contemporary abundance of gender symbols and the overlapping color schemes of numerous pride flags alongside a line from June Jordan’s “Poem for South African Women” as its starting point Something Means Something Else weaves itself into and around the Center and its surroundings. 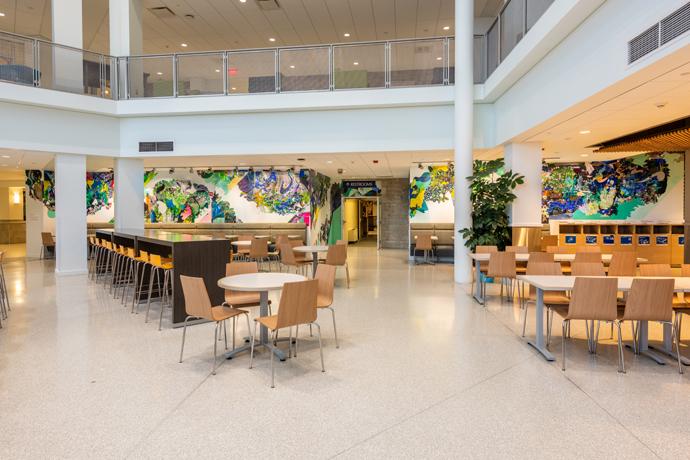 'Small Planet' by Katherine Mann installed on the ground floor of the HUB-Robeson Center.

HUB-Robeson Center has commissioned a site-specific wall painting located in the first-floor eateries by artist Katherine Tzu-Lan Mann. Titled, Small Planet, the walls of the HUB Robeson site are taken over by lush, floating vegetation. The piece was created on location by combining pour painting on vinyl, wallpaper, and Yupo paper with delicate mural painting directly on the wall. The combination of stain-like, gestural pours and controlled drawings of flora endemic to Pennsylvania create an incongruous, vibrant porthole into what appears to be another planet--but a planet created through documentation of vegetation that are often considered to be local weeds. The piece extends along corners and into adjacent walls, furthering the sense of a fantastic, immersive other world created through accumulation of the most mundane ingredients.

The Campus Arts Initiative is funded by Penn State’s Strategic Planning Seed Grant program, which funds projects that further the university’s goals for impact and engagement. Campus Arts is closely linked to the strategic plan’s thematic priority of advancing the arts and humanities.

Campus Arts is in the process of commissioning eight site-specific visual artworks for high-impact locations across the Commonwealth Campuses between 2019-2020. University partners were selected from an open call for applications advertised to Penn State students, faculty, staff, departments, and units throughout the commonwealth. Following a nationally advertised call for artists, artists were selected by a jury of partner collaborators and ­­­arts professionals both external and internal to the university, and each partner was matched with an artist or artist team based on mutual interest and compatibility.